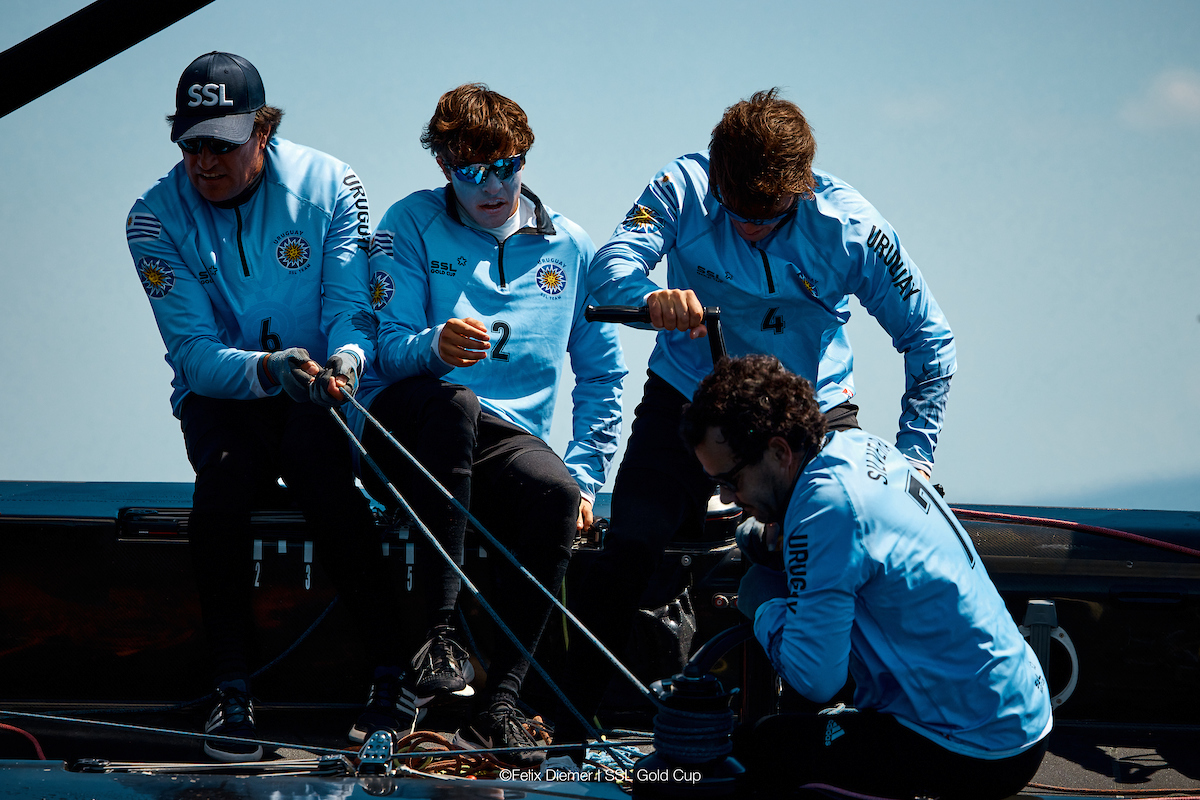 One of the great attractions of the SSL Gold Cup is that it brings a country’s best sailors from many different disciplines together on one boat, the SSL47. For those involved, this means quickly adjusting to a new dynamic on the water.

One pair of sailors who know all about the challenges of adapting to a new boat are  SSL Team Turkiye  captain  Alican Kaynar  and trimmer  Beste Kaynakci . The experienced duo joined forces last year to compete in Nacra 17 when their previous disciplines (Finn and women’s 470) were discontinued as Olympic events.

Even for three-time Olympian Alican, the switch to Nacra has been a learning curve. “In the Finn I was sailing alone in a boat, never speaking – only speaking in my head. So for me at the beginning when we start up with Beste in the Nacra it was quite a big challenge. In the last year we work a lot on that.” 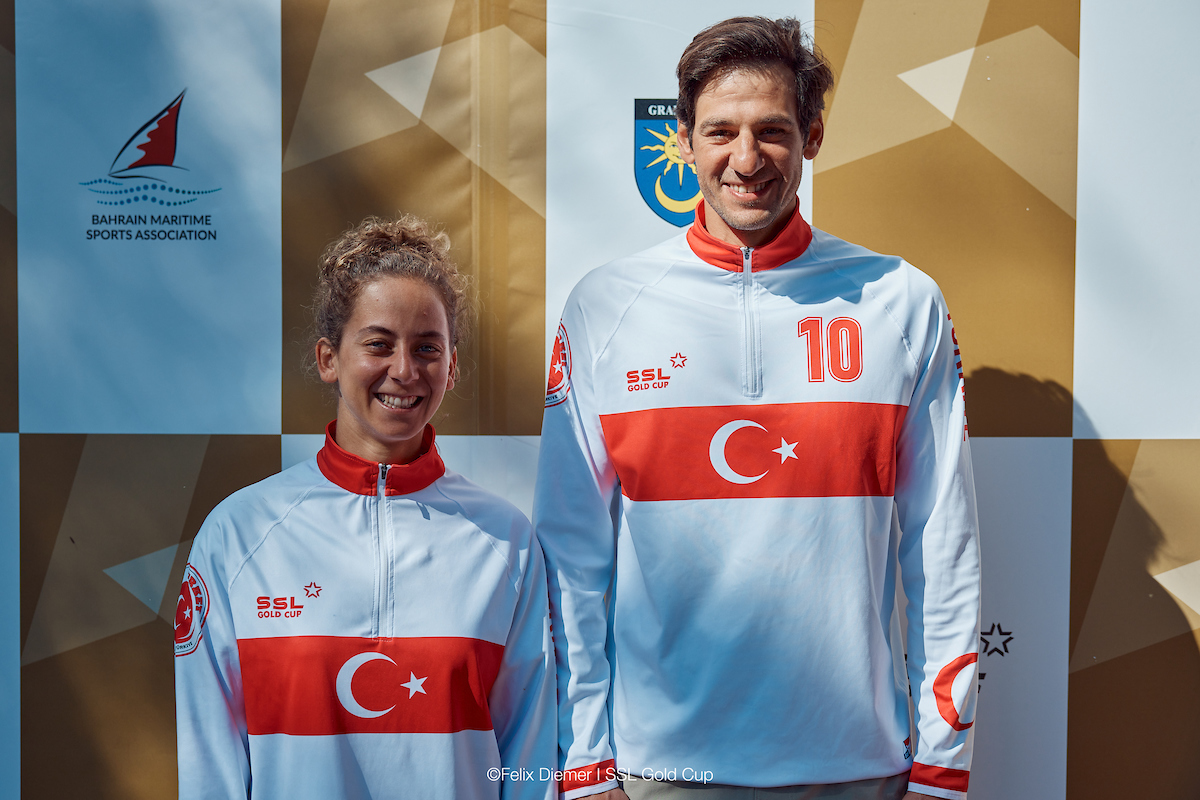 Alican believes this experience is already paying dividends in his role as tactician for the Young Turks: “On a boat such as this (SSL47) the tactician has to speak loud and let the team know what is coming up and what are the tactics in the next 5, the next 10 minutes. I have to push all the time to help the team work in harmony, a bit like chief of the symphony”.

Beste, who represented Turkiye at the Tokyo Olympics last year, notes that despite the obvious differences, some things on the SSL47 remain the same. “For example, the mentality, the attitude you bring. Whether it’s two or ten people, you each have a job to do.”

Also competing at the SSL Gold Cup this week are SSL Team Uruguay’s Fernando Diz, 22 and Hernan Umpierre, 21. After a big year in the 49er class, in which they took the overall Asian and European Youth (U23) titles alongside bronze in the World Junior Championship, they are considered two of Uruguayan sailing’s hottest prospects.

Despite their tender age, they have been sailing together for many years, first meeting as fresh-faced Optimist class sailors in Punte del Este Yacht Club. Hernan believes their longstanding rapport can be an advantage to La Celeste: “I’m the floater and he’s the grinder so we are very close in the (SSL47) boat. Our connection means we can communicate very fluently, very harmonic. ”

Fernando agrees the biggest challenge in terms of preparing for the SSL Gold Cup is establishing new relationships quickly: “when there’s just two you know how the other guy is feeling and what he’s thinking, but with so many you need to stay focused and pay attention to what all the other guys are doing. It’s about developing strong communication between the bow and the helm, and all the way through the boat.”